Wow, that time already it feels like the ” 3 Amigos” had only not long come back from Valencia in December.  I was still looking forward to Seville, training had been going really well but the lead upto the depature  sadness..

Having been on a whistle stop tour to Sweden via Copenhagen with customers on the Tuesday 12th, then rushing straight to the vets due to poorly rescue Xana dying.  It was the most dramatic drive ever from Heathrow to the Vets.  Tired, exhausted and emotional and then saying goodbye to my loyal side kick .  Watching over the space of just over a week going from what was thought to be an infection, to rat poisoning and then after full scan results ” tumors”.  Terrible pain that dog was in and seeing her bleeding through her noise and the Vitamin K hadnt successfully clotted her blood.  There was the sad goodbye as our darling little baby was put to sleep and knowing we were there and she had stayed alive for me to get to the vets was a blessing.

Emotions for the rest of the week were like a roller-coaster, on what should have been an easy week, and excitement to go to Seville was very tough.  Truth be told my head was all over the place and as much as I love going with my pals I felt empty, tired and to top it off also started that damn Menstrual cycle.  I had no idea how I was going to race but just knew I needed to run to the finish.  What I was pleased to have done was get Jo my best pal to commit to racing.  What a great result that turned out to be. 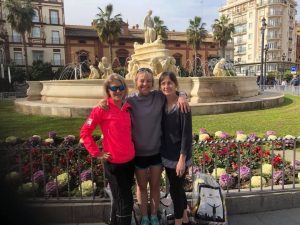 I put my thoughts aside and enjoyed a few days in the Spanish sun, amazing Vegan food and then on race day just turned up with ” see what happens”.  I knew from the off after a few miles I felt tight and laboured, however thought this may ease.  I was getting lower back pain which was limiting me to run with a high gait and a tight hamstring.  Running a temperature, feeling stressed I didnt take in much of the course just tried to prevent drifting back too much as I watched the 2:45 pacer go past with a pack of runners.  This was a a time which 6:18 pace should have been achievable, certainly sub 2:50.  Sadly it wasn’t to be In the last few miles I struggled in the sun and the weaving tight turns and long run into the finish, clocking 2:52:37.  Anyway, I was disappointed and felt robbed of a time I deserved and in my mind was Xana , that just was all I had on the day.  Onto Jo, my girl managed to crack out her first sub 4hrs in 3:49.11 which is the best she has run in years.

Every race is a journey and a memory and despite not feeling ” on it” I had a great time with special friends. 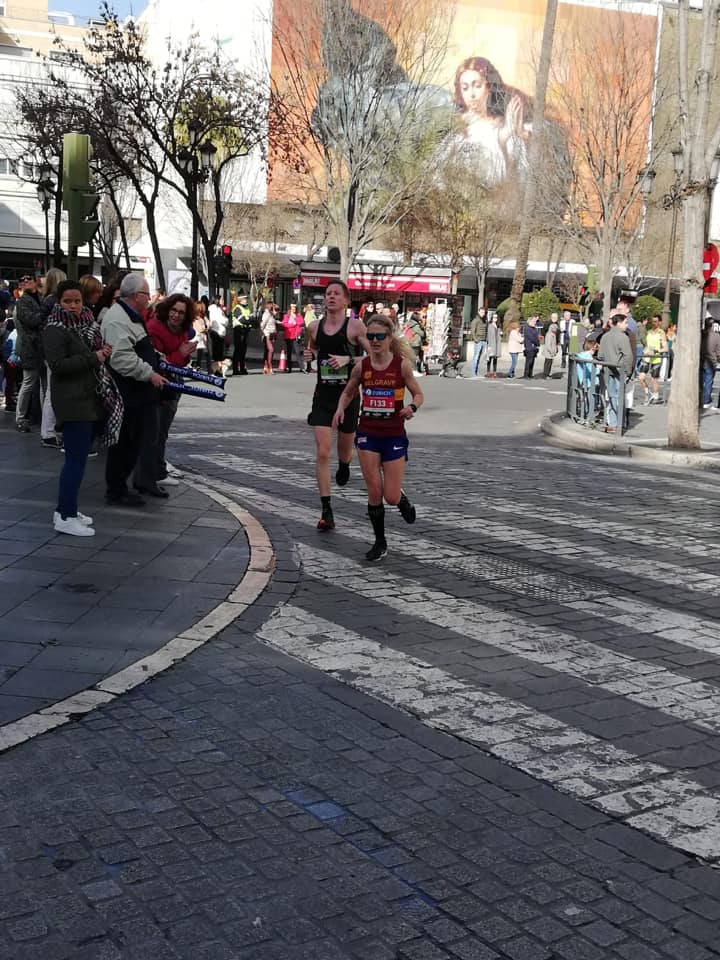 Above: Towards the final 2 miles in Seville Marathon