Feeling tired and heavy legged from the marathon and on a mileage week, I didn’t really cut any slack in the lead up to the 6k XC race due to frustration of Valencia’s race and also felt comfortable going back into training.  Quads and ITB despite a massage still felt so tight and what wasn’t expected was all the climbs along with running the race with the under 20’s.  What was nice though was bumping into 2 Surrey runners from my club Belgrave and also the opportunity to run for Buckinghamshire against at the ripe old age of 39.

I was the only one in my race with Off road shoes and no spikes so I started close to the back, something I later regretted due to bottle necks and space to overtake.  The size of the race, changed course ( i.e. lack of hilly training)  left me demoralised and fighting for places.  I ended up finishing 48th but they added all the results together which then made we look like we had run with the masters.  I think however maybe its time for short races to run in the Master races for future.  I had barely warmed up, it was windy and cold and also attempting to rain so a bleak afternoon of Cross country but always good to get some strength work.  My finish time for the 6k was 25:25 which is okay but I had run quicker and even on the hills. 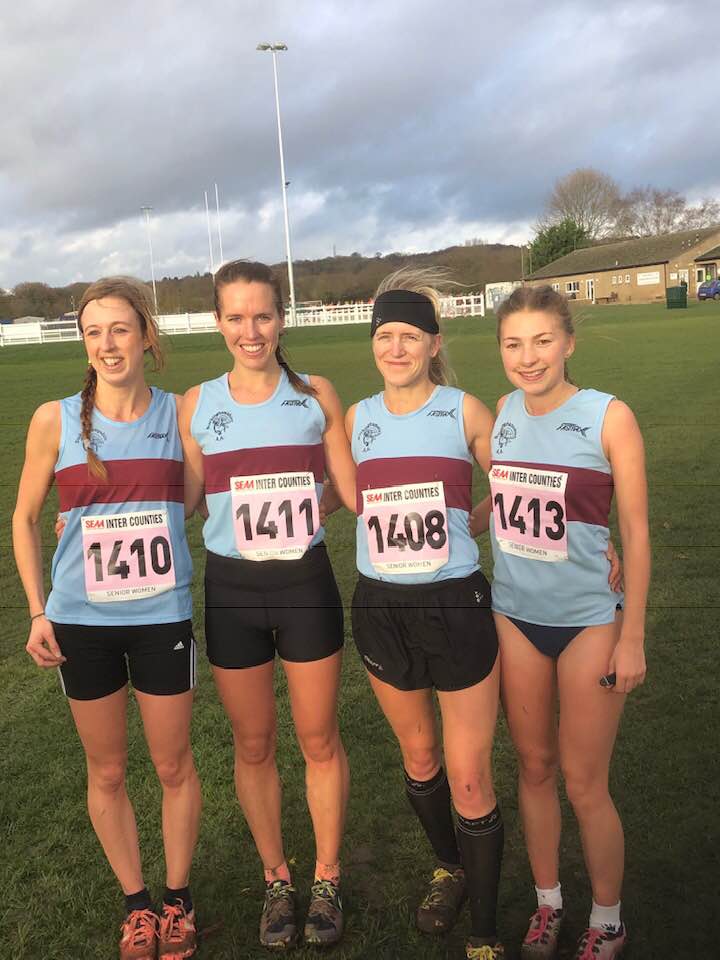