Slightly nervous on an off-road race, still nursing my temperature and feeling exhausted I did also go and get some blood tests to ensure I wasn’t having still glandular issues.  I was pleased to confirm that the blood count looked good and the temperature likely to be triggered from exhaustion/anxiety and stress.  Almost relief to get clear results! but equally still feeling under the weather with the dark skies, soaked course and the hilly 50k that I would tackle.

I set off from home to pick up Jo who was going to be my aid and also friendly face as I knew it was local and Jo wouldn’t mind driving and popping up in and around the Chilterns.  This race had a staggered start with walkers @8am, slower runners @9am  and then Elite runners @10am.  I hadn’t seen the course but suspected with 17hrs rain non-stop it was going to be a mud bath.  This would mean trying to target the course record wouldn’t be the main target it would be ” hard training run”.

Off we went with Nathan Montague’s (  my fellow England athlete and like me the Ridgeway record with XNRG)  brother speeding off and the first mile being downhill ended up 6.20 pace ( ouch),  that did change as the race went on, self-navigation, warm conditions and tired.

There were a few signs in the course that I suspect had been moved from locals.  In particular 5 miles in, I missed a sty and had to run back a distance to lose my place and chase the front pack.  It was like wading through treacle through the churned cattle fields/bridle paths.  Surprisingly some of the course took up the ” Country to Capital 45 miler”  and tough climbs around Chesham, road crossings along with some steep climbs with a streams running down #soakedfeet.  I managed to get myself early on into the lead and also on the few times I took wrong turns ” thanks watch” to get back in the lead up until the last checkpoint.  The overall second place finisher from London managed to get in front for a short time and I thought that was it.  Grimacing to get the last 4.5 miles to the finish unbeknown to see there was a very steep climb towards the end and all the downhill start became the climb to the finish and across the sodden field from the start at Dr Challoners.

Relieved to see the finish line did my best sprint finish possible to get through before gratefully collapsing into a chair,  tough tough race!  It was challenging, muddy hard course than both mentally and physically challenged me.  What was even more delightful was to find I ended up ” winning the race”  as the leader from checkpoint 4 had got lot lost towards the finish section so I had re-taken the lead again.  In fairness, the top 3/4 runners had admitted i was a worthy winner having benefitted from working off me, and the mistakes I had made.  Winning this overall was beyond my expectations but lovely to share my win with Jo and leave on a positive note.

Next year will be back to improve on the time, in hopefully dryer conditions and a bit of hill work under my bet.  My thighs and quads took a hammering! 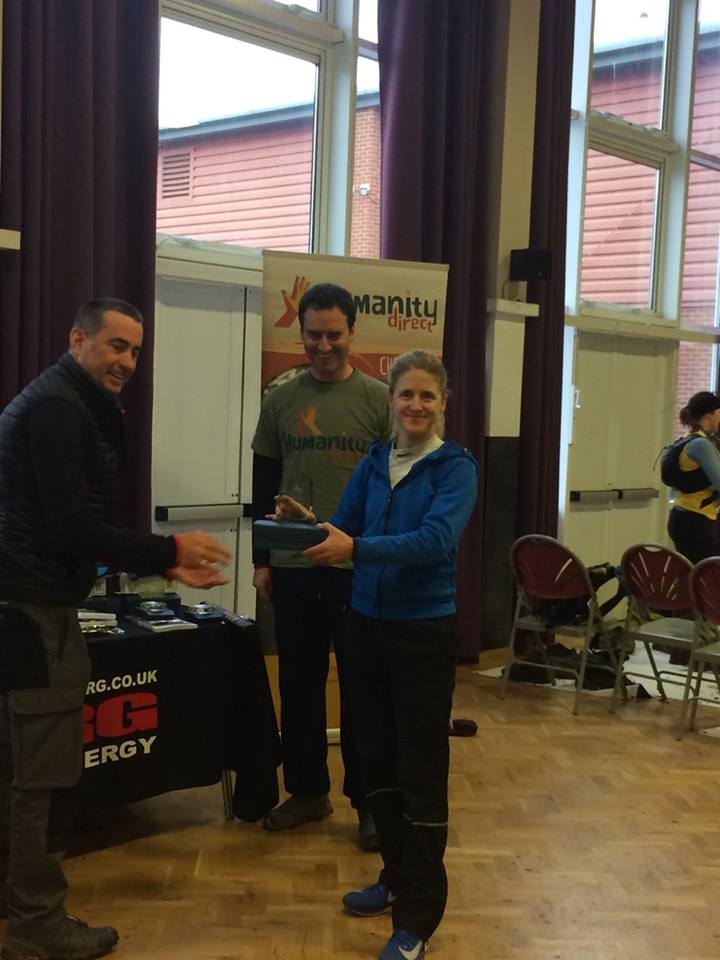