What was going to be my main ” A ” race for me as far as marathons go ended up more about ” getting the job done” and being downgraded.

Sadly, last year I was in the early stages of my glandular fever which meant I had to retire 10k into the race due to stars in my eyes and losing balance.  I was out with my best ” supporter” Jo and this time she was actually racing….  cant believe I convinced her to run!  so for both of us it was to get rid of the demons and in essence a ” hard training run for her marathon in April  and my 100k in March.

We met Ed Catmur who is a seasoned traveller and 100 marathon club man with mutual club friends and also someone we often meet ahead of races.  We were staying right near the beautiful cathedral  ( somewhat worried me with the possible noise)  but turned out to be an amazing venue and hub in the historic part of Seville.  Arriving Friday late we ventured out to the expo the next morning where Ed met a fellow ” 100 miler club”  who was also a Sports Doctor in Sheffield. 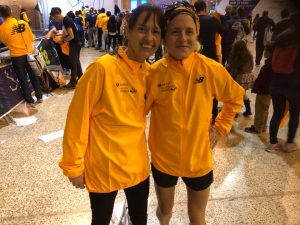 Larking around @ the Expo

Baz gave me some great advice on virus’s and handling my second bout of glandular, sadly resulted into me not finishing Wokingham half marathon the week before.  #onwardsandupwards!

Changing my thought process around the race strategy and being around calm people definitely helped.  For the second time ( last year Valencia)  I was going to run controlled and how I felt…  Take the pressure away and aim to improve on last years comeback.  Stupidly something worth noting the evening of the race before bed I smashed all my toes into the corner of the bed, every single toe digit apart from the big toe was in agony, Ouch!!  still very sore and bruised race morning, but with the new car-free attitude and lowered expectations, the goal was to get to the end.

Its an early start these Spanish races so we were up at 5am ( 6am local) with a swift breakfast before meeting Ed midway on our 35 min stroll to the start.  Much better way to arrive than a possibly ” no show taxi” or a ” cramped race bus.  Time flew by after several toilet trips  ( renowned for zillion stops)  its nerves that go once in the race…  We didnt want a repeat of last year fighting through people carnage so we headed over to the start earlier, due to the little English at the expo was surprised to be greeted by ” elite toilets”  , let’s say I was delighted and of course I went and used them ( multiple times).

So off to the  start line crammed in by Kenyan’s Elite Internationals, and worried it was going to be a fast start and potentially being knocked down I was “on guard”.  We were off and yes fast start….  but I settled into a comfortable pace around 6.10 for the first 8/9 miles and then eased back as it warmed up a touch ( about 16/17 degrees), more than last year but still pretty good conditions.  Some running over tram tracks, a few tight corners and some strange park/cobble roundabouts but all in all a pretty good flat/fast course.  I had no idea where I was in the big scheme of the race but stuck to my plan,  I was surprised though to see a fellow Brit around 15/16 miles income past who was on the front of the start and must have pulled out or had medical treatment.  Anyway without boring the readers  I managed to run an average of 6.28  to finish in 2:52 and felt very relaxed and able to move freely, walk back and happy with progress.  Of course Id have liked quicker but ultimately from feeling unwell/ a temperature, bruised toes, trying out brand new trainers for the 100k I would say it was ” Progress”.  Jo also finished in 4:05  something she was aiming for and pleasured also to complete the race  and Ed went through in another sub 3 ” tick”.  Positive weekend, great vegan food, great company… 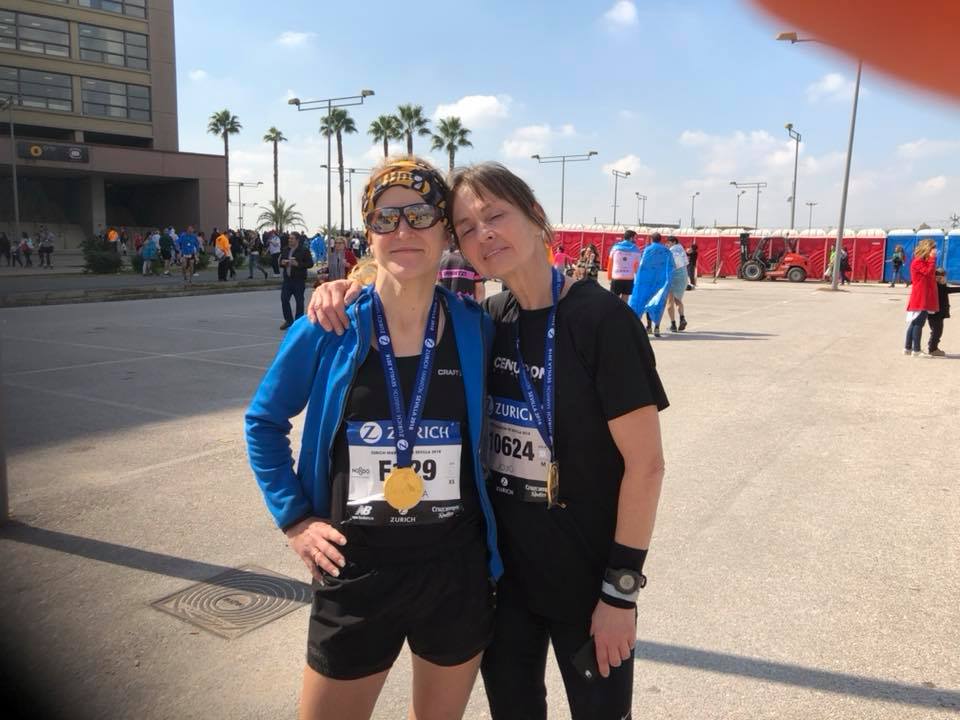