Well, that was a surprise in the bag to win Bracknell Half in my quickest time ever of 1.20.37 and 3rd overall win and also vet category.  Especially after fearing earlier in the week that my glandular fever was overcoming me again with a fever temperature.  However, having booked the race in a few months back and needing race confidence for the 100k in just under 2 weeks’ time decided to give it ago.  The race prior was cold and windy but would suit me keeping my temperature low as possible without burning up.

As the race proceeded it was a solo jaunt with only a few men around me but not closer enough to shelter me from the wind.  It’s a tough course with lots of twists/turns, double backs and 2 very long main climbs from 6-9 miles, over 515ft of climb and then a decent before the fun of swinging around more underpasses and on the way home to victory in South Hill Park.

As always a highly organised event with over 150 marshalls, lots of support on the course and great prize ceremony.  Not a quick course but will help to build back from Glandular a confident finish and some fun with the mayor at the end.

Bracknell Half in Pictures

2017  Larking around with the Mayor of Bracknell Half & Sponsor 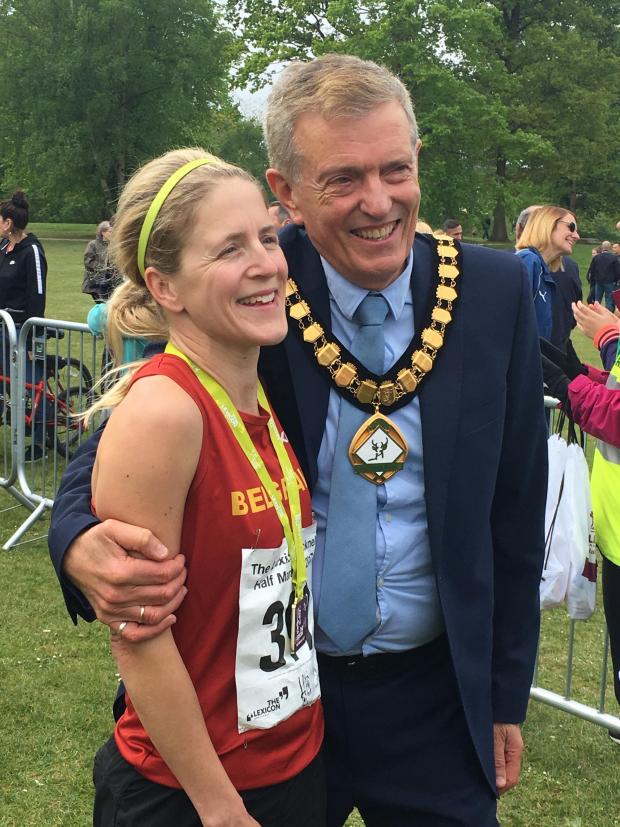 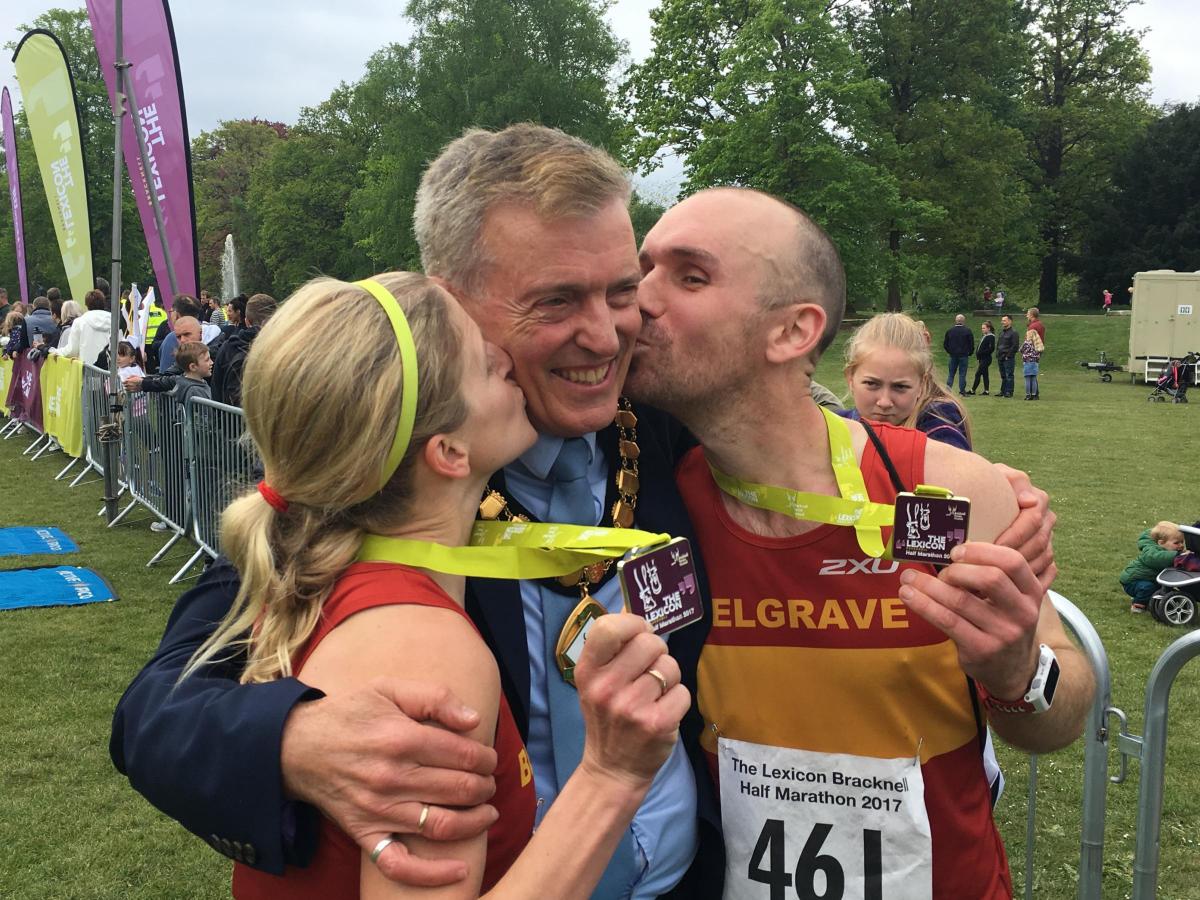 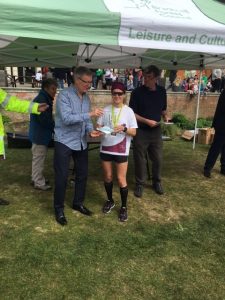 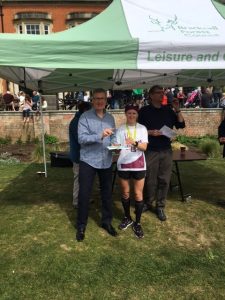