Tough weekend with start to finish….  not just on the race course but the travel.

Started with a delayed flight, my coach’s flight being cancelled on the race day which left me solo to organise my race and alone but in a beautiful victorian house.  Having never run 100k decided to find the closest one to the cut-off date of selection potentially for the GB opportunity. Along with knowing that the race referee was Hilary Walker also one of the GB selectors. Despite having been selected for the 50k but half hoped the 100k would deliver a sterling performance.

The race started directly after their local parkrun which was a 3 circuit below the Belfast City Airport and on small fine stones that were glazed.. Trust me seemed great on a few laps but later in the race became a hate.  After spending time watching my Airbnb host run parkrun who kindly dropped me to the park I then had a quick drink in their cafe area.  Then it was time to prepare.

At the strike of 12 noon only 12 people started the 100k and further back the 12 hr and 24 hr began.  Running around 7.00-7.15 min miling for the first 40 or so miles was bearable but stopping for the toilet and fluid became a habit and no one to push me.  I made a mistake of drinking fizzy coke as there wasn’t any flat coke although i had requested if possible, I didn’t want to take any gels so I survived on a handful of sweets, a banana and Vimto.

The fizzy drink had created a terrible acid in my throat, the running in circles tightened my hip and also the shoes were blistering my feet.  “Everything hurt”.  I was in second place (1st lady) and remained in the same place all the way around and determined to carry on.  Mentally and physically tough in humid conditions and alone and one of the quickest on the circuit made it harder running past walkers/slower runners.  The laps eventually made it down and even got an ice lolly in the last 8 miles it was like heaven with the juice and cold taste, sadly could have done with a few more.

I crossed the line relieved in 8hrs 9 mins and 52 seconds which are the quickest time in the UK this year but around 20 minutes slower than I wanted sadly.  It taught me that 100k although the minute per miling is easier than a marathon it’s tough !

Regardless a time on the board, a win for the ladies and a target for next year to improve on. Especially having missed GB trials earlyMarch due to marathons and other pre-booked races. 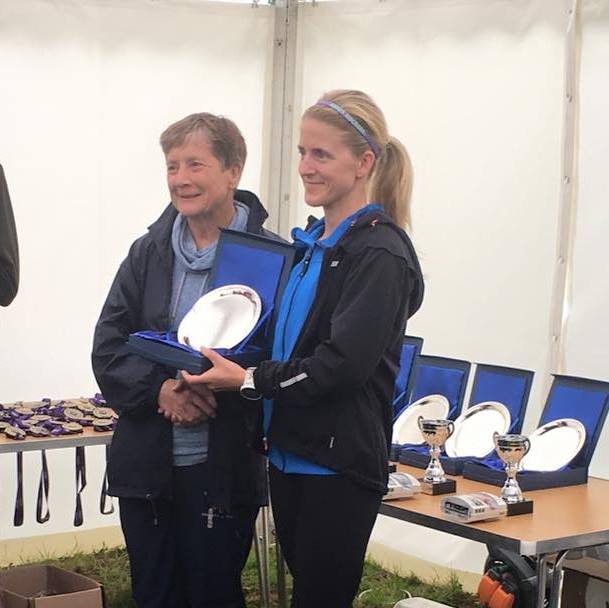 I think the course itself running much slower for 24hrs is fine and with the opportunity to change shoes, have a race crew it would be fine but not for quick running.  Great to have piloted the World Champs course for the 24 hr next year.